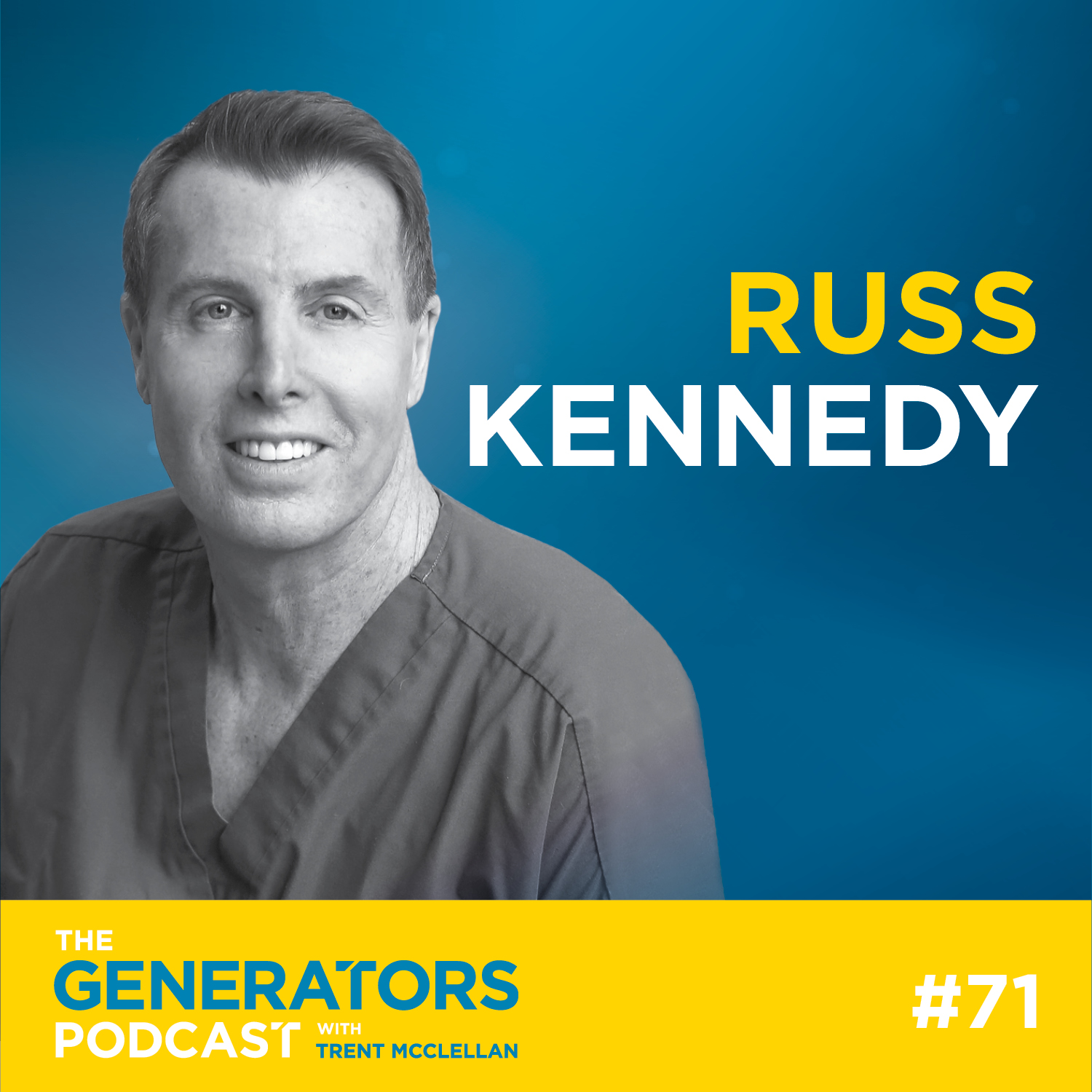 Dr. Russell Kennedy is a physician and a stand-up comedian. For many years he was doctor-by-day, comedian-by-night. Dr. Russ is also a neuroscientist who specializes in an atypical approach to treating anxiety. In his interview with Trent and in his newly released book Anxiety Rx, he talks candidly about his own healing from decades of anxiety, resulting from the trauma that resulted from growing up with a dad who suffered from schizophrenia and bipolar disorder. They also discuss why there is so much anxiety in the world, why men suffer in silence, and the steps both men and women we can take to ease the emotional pain they feel in this challenging time in human history. Dr. Kennedy says laughter is truly the best medicine unless you have an STI and then he says Penicillin.